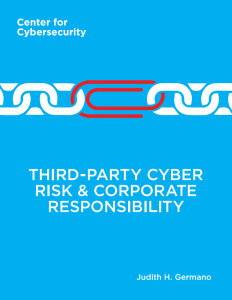 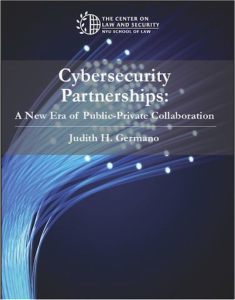 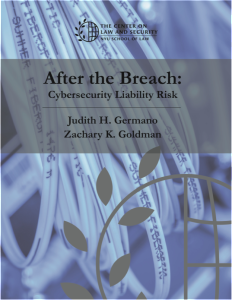 “After the Breach: Cybersecurity Liability Risk”
NYU Law, Center on Law and Security

Judi is a contributing author to the  Cybercrime Investigation Body of Knowledge (author of Chapter One:  CyberCrime and Its Investigation), and appointed member of the CIBOK editorial committee.

Judi served on the “Cybersecurity and Boards” panel with Leonard Bailey of the U.S. DOJ; and Peter E. Murphy, CEO of Wentworth Capital Management and corporate director of Tribune Media, Malibu Boats and The Stars Group; Katherine Mooney Carroll of Cleary Gottlieb moderated.

​Judi spoke at the U.S. Chamber of Commerce for the book release of the Cybercrime Investigation Body of Knowledge (CIBOK).  Judi is a contributing author to the CIBOK (Chapter on CyberCrime and Its Investigation) and a member of the CIBOK editorial committee​.

Association of the Bar for the City of New York

Judi gave a CLE lecture, along with Bryan Gorczyk of Renaissance Associates, on ethical obligations and practice tips involving metadata in electronic documents, including in light of the Supreme Court of New Jersey’s recent rules and guidance.

Judi was a featured guest discussing cybersecurity issues and strategies for small businesses, along with Vikas Bhatia of Kalki Consulting, and host Carol Roth, author of The Entrepreneur Equation. 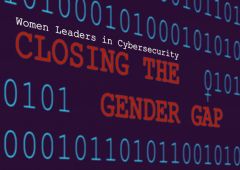 Judi coordinated, hosted and delivered a keynote address at this full-day conference, with more than 450 registrants, focusing on opportunities for women at entry, mid-career and senior level positions in cybersecurity, and discussing interdisciplinary approaches to cybersecurity and coordinating regulatory oversight. 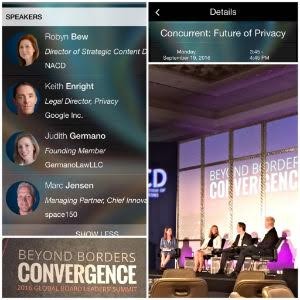 Judith spoke on cybersecurity risk oversight as a board fiduciary duty, along with David Glockner, SEC Regional Director, and Mary Beth Vitale, Board Member, CoBiz Financial Inc and Board Member, Zynex Inc.

Judith spoke regarding advancing and improving self-regulatory approaches to cybersecurity. 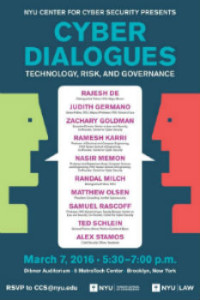 NYU Center on Law & Security and U.S. Attorney’s Office for the Southern District of New York

Judi delivered opening comments at a symposium moderated by Preet Bharara, and sponsored by NYU Center on Law & Security and U.S. Attorney’s Office for the Southern District of NY.

Judith spoke on women in tech, law and leadership. 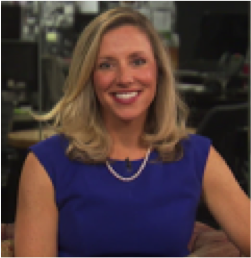 Judith Germano appeared on HuffPostLive regarding “Hacking the Glass Ceiling,” helping to get more women and girls into cybersecurity.

Judith served on a panel with Moira Kilcoyne, Co-Head of Global Technology and Data at Morgan Stanley, and Allison Wikoff, Intelligence Analyst/Security Researcher at Dell SecureWorks moderated by Melody Hildebrandt, Global Head of Cybersecurity at Palantir. 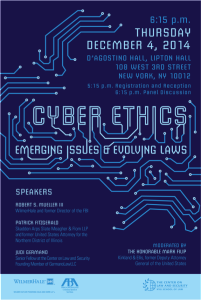 Judith delivered the Keynote address regarding the importance of, and how to improve, effective internal communication and coordination among senior corporate executives and board members on cybersecurity issues, and matters of public-private collaboration. 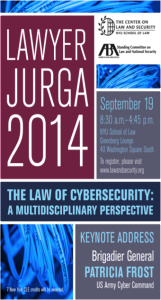